Dedicated to Helping Children, Adolescents, & Adults Learn To Use Their Vision Efficiently

Syntonics or optometric phototherapy, is the branch of ocular science dealing with the application of selected light frequencies shined in to the eyes. It has been used clinically for over 70 years in the field of optometry. There is a long history of success of Syntonics in the treatment of many functional vision dysfunctions, including strabismus (eye turns), amblyopia (lazy eye), focusing and convergence problems, certain symptoms of autism, learning disorders, and the aftereffects of stress and brain trauma. Recently, Syntonics has been shown to be effective in the treatment of brain injuries and emotional disorders. 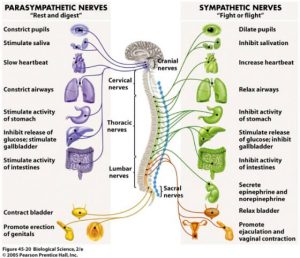 Light is an essential part of life. Our planet revolves around the sun and all life on earth is sustained by sunlight. The Greeks were the first to document the use of light therapy or phototherapy. Currently light is used on a variety of disorders from the “bili” lights used on jaundiced newborns to the more recent psychiatric use of light for treatment of Seasonal Affective Disorder (SAD). In optometry the use of phototherapy to treat visual dysfunctions is called Syntonics. 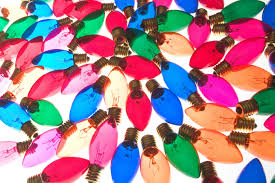 Interest in the effect of light therapy on the body intensified earlier in this century. Most of the current therapeutic techniques used in Syntonics are based on the research of Dr. Harry Riley Spitler in the 1920s and 1930s. Dr. Spitler, who had both optometric and medical degrees, began researching and using phototherapy in 1909. Spitler, author of “The Syntonic Principle”, conceived the principles for a new science that he called “Syntonics”. Syntonics, from the word syntony (to bring into balance), refers physiologically to a balanced, integrated nervous system. This information has only recently been made available to a wider variety of patients though technology’s ability to manufacture effective mobile units used in office as well as home units for continued treatment.

Certain biochemical conditions in the brain need to be present before effective cortical plasticity and new functions can occur. Our vision therapy team can give you more information during the initial examination. Neurotransmitters trigger biochemistry and allow for additional synoptic connections to initiate movement and growth in new directions within the brain itself. Colored light therapy can act as a powerful tool to stimulate the biochemistry of the brain through the visual system by way of the retinal-hypothalmus brain connection. Paving the way to a better visual, vestibular and auditory world for those who suffer from various disorders.

SYNTONIC PHOTOTHERAPY, properly guided and supervised, is an effective method of treatment to resolve many conditions associated with inefficient visual function. For over sixty years, members of the College of Syntonic Optometry have provided this valuable service to their patients.

We Specialize in All Your Vision Needs

We strive to provide complete care for our patients and are dedicated to providing personalized care to our vision therapy patients.

Vision therapy deals with building new neural pathways in the brain to enable the person to process information from the eyes more efficiently.

We will do our best to accommodate your busy schedule by finding appointment times that meet your needs.

Both children and adults can benefit from vision therapy. People who suffer from learning disorders find vision therapy to be beneficial.